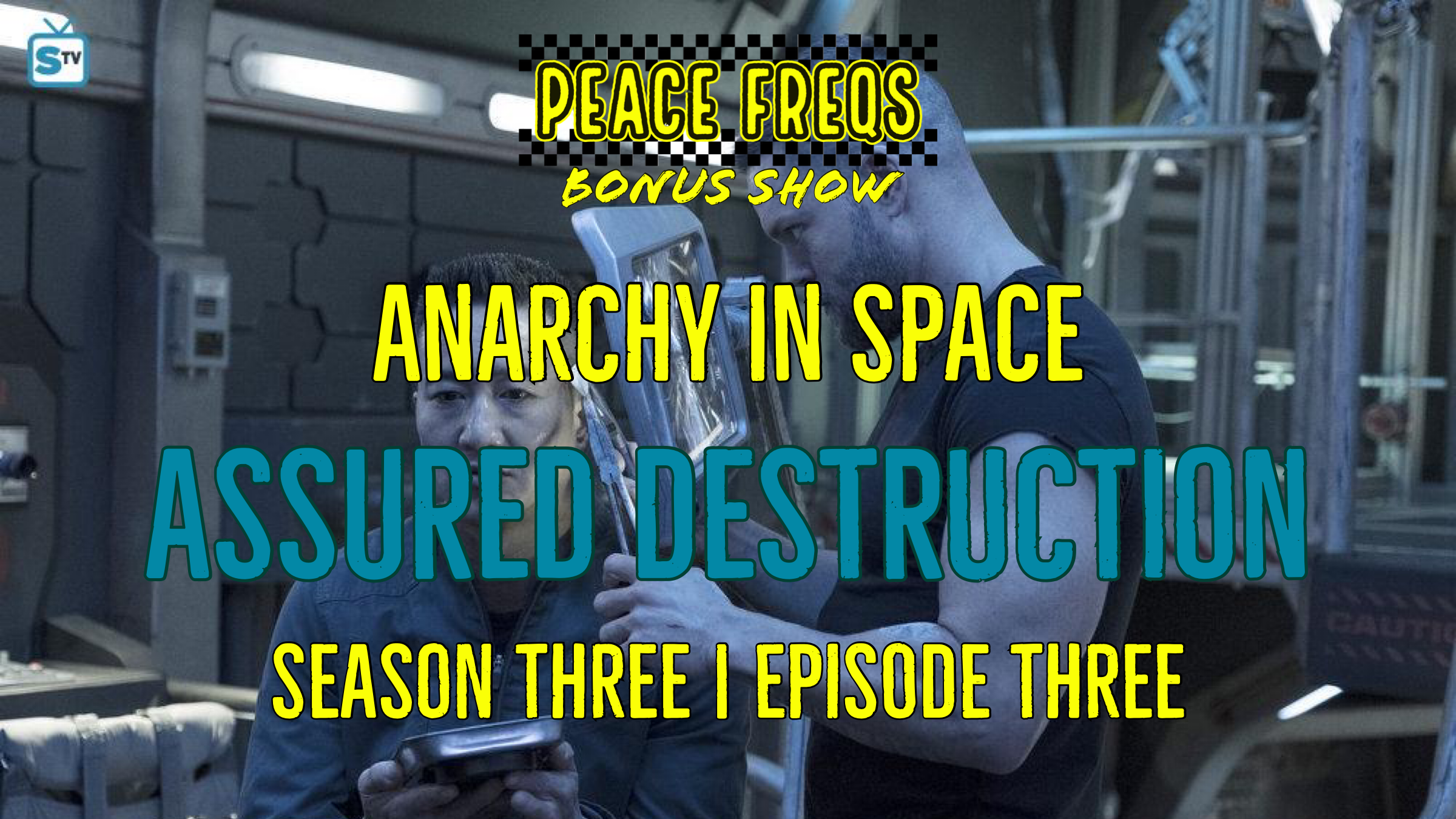 In today’s episode Nicky P and Eric review Assured Destruction, episode three of season three of The Expanse. It is abundantly clear, three episodes in, that season three refuses to pull off the gas. There is almost a nonsensical amount of material in this single episode. Errinwright convinces Esteban to start a pre-emptive  war with Mars and end it to unite humanity against whatever unknown threat is growing in the storms of Venus. This alone could be an entire episode but nay nay. Instead we get Cotyar on the Agatha King as prisoner at the same time UNN Admiral Nguyen has arrived to strut around and swing his dick in his former superiors face. Captain Souther isn’t buying everything he is told and manages to extract some information from Cotyar before Nguyen and his men take complete control of the ship. Head spinning yet? We haven’t even got to IO where Mao is ready to pull the plug on the Protomolecule project before Dr Strickland convinced him there’s reason to continue. Oh and Alex gets a message from his family and some closure while Naomi and Avasarala affirm they’re never gonna get along. Whew. I think that’s everything. Some shows entire seasons don’t cover this much ground.