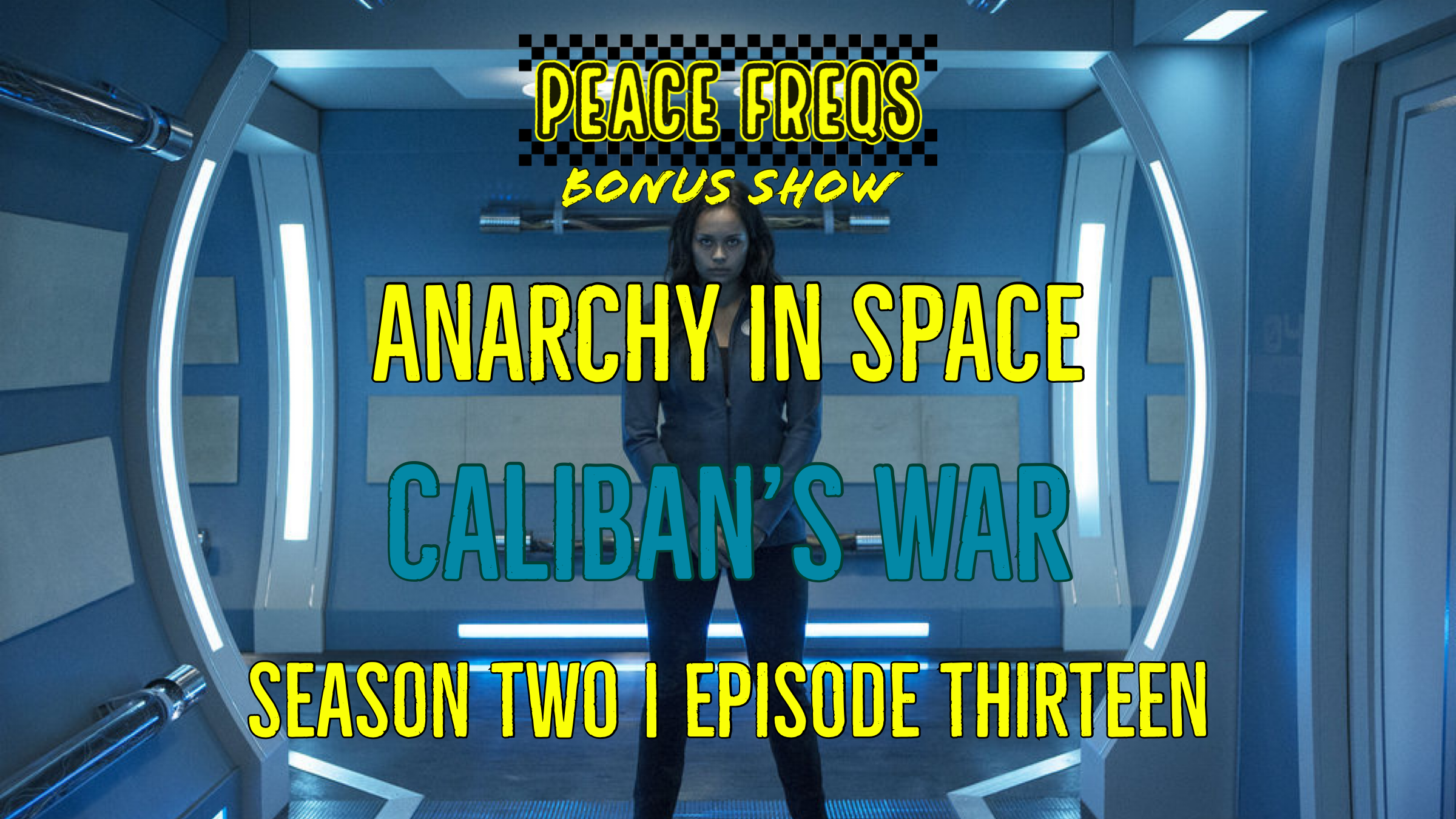 In today’s episode Nicky P and Eric review Caliban’s War, episode thirteen of season two of the expanse. In the episode Holden gets his legs crushed attempting to fight the stowaway protomolecule monster. Pinned to a wall Holden watches as the monster begins tearing its way to the reactor core of the Roci. The team begins plans to eject the monster and accept Holden’s death as collateral damage but Prax sweeps in with a superior idea at the last minute. Meanwhile Cotyar Bobbie and Avasarala are in a shootout with Mao’s men and the Arborghast begins a descent to see whats going on down on venus. There is little good news here but the show ends showing us a still living Dr Strickland and Mei. Somehow we have more open threads than we started with…oh yeah Naomi gave Fred Johnson the protomolecule…so there’s that….