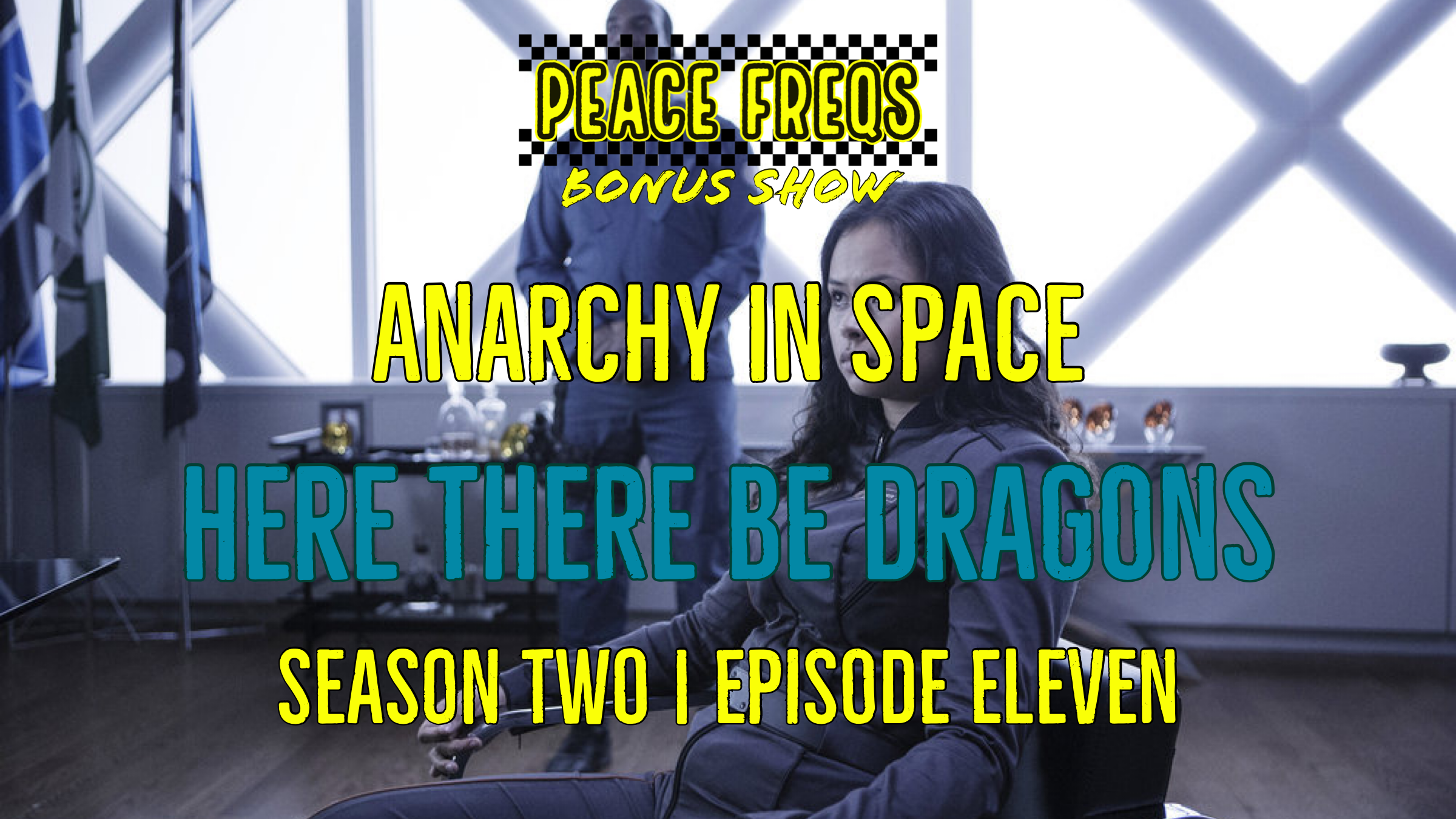 Here There Be Dragons Review: Analyzing The Expanse – Anarchy In Space 021

In today’s episode Nicky P and Eric review Here There Be Dragons, episode eleven of season two of the expanse. They really poured the action on this episode after all the setup in the previous episode. We get Bobby beating an admission of Mars’ involvement in the protomolecule project out of her superior before running to the UN. Mao implores Chrisjen to meet with him in neutral territory for a presumed trap…apparently she likes traps. Aboard the UNS Arboghast they see what appears to be a massive protomolecule city on Venus before their probe fails. Meanwhile the Roci crew is chasing down the doctor to discover they are too late and they are left the aftermath of a monster attack..

Wikipedia Synopsis For Here There Be Dragons

Episode Links For Here There Be Dragons