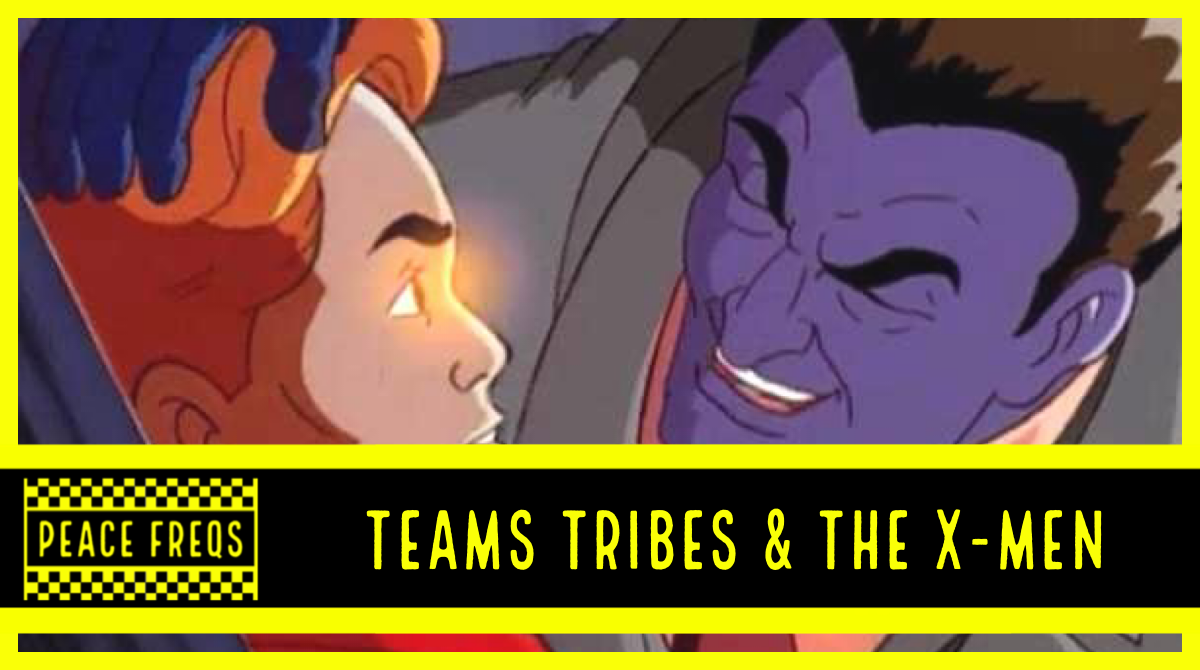 I had a strange moment today while rewatching the old X-Men animated series. As with all the old cartoons from my childhood that I’ve been rewatching like a professional adult, I’d noticed a lot of messaging not so subtly stuffed into the shows. The episode that triggered me today was specifically episode sixty six in season five, “ No Mutant Is An Island, airing on September 21, 1996, directed by Larry Houston and written by Sandy Scesny.

The episode centered around Cyclops leaving the X-Men after the Dark Phoenix drama takes Jean Gray from him. He took off on a “what does it all mean” quest that dropped him off at the steps of the orphanage he was raised in. As it turns out Sarah, a girl from then that was always nice to him and also knew he was a mutant, now runs the orphanage with financial help from a strange wealthy benefactor, Zebediah Kilgrave.

Kilgrave turnd out to be the villain of the episode and had been bankrolling the orphanage as a way to ensure a stream of damaged mutant children he could use for his own aspirations to power. He also turned out to be a mutant himself who was mind controlling the children in a plot to take political power and utilize that power to turn the tables on humanity. The idea seemed so familiar.

“Obey me! The future is now. We will be respected. We will overcome their hatred with brute strength. We will lead.”

“You are one of the chosen. Soon you will not hide your powers. You won’t deny who you are just to be accepted. You will be the politicians, the bankers, the community leaders. The American dream will become a reality for every mutant young and old. And when we’re in charge, we’ll make them pay for the way they’ve treated us.”

The thought that seemed to rattle around my head as Killgrave monologued was how eerily similar his methodology and goals were to the people around me that would be considered social justice warriors. Their unwavering assuredness in their own righteousness was echoed in Kilgrave’s words. He deserved his chance to rule. There was no idea of equality, there was only “our turn” and sadly I understood the sentiment. I’m a bleeding heart myself and have found it difficult to fault anyone for wanting to right the systemic wrongs of history and balance the scales.

The conceit itself is a farce though. The scale can never balanced because despite what essentialists would like you to believe there are only individuals. No scale, just a table on a single point where all the pieces move around freely and according to their own will. The table shifts and slides but the nature of individuality keeps it even on net because it’s difficult to gather the necessary power to a single spot.

The idea of a scale necessitates binaries and would by default force us to cling to the very idea that causes its need: thinking we have teams.

Look throughout history, there’s only one group of people who have made out when we created teams. Typically it’s been the people selling those teams weapons. The groups who really hoped you wouldn’t recognize how much they look like a team opposite you and your enemies. They rigged it so that no matter what “teams” arise they’ed be outside the game not playing.

So what the hell happened? In the episode it was clear to cyclops that no lasting peace could be founded on force. All this would do is perpetuate the war. Yet the same line of reasoning espoused by Kilgrave seems to have been internalized by my generation. A million Kilgrave’s have managed to fulfill his plan as politicians, bankers, and community leaders with their own vendettas. These individuals have galvanized the opposition for the next team in a perpetual “us vs them” battle.

Throughout the series Xavier repeatedly tries to reframe the discussion on equality. He asks both sides to refuse to fight. It doesn’t matter where it started because we all write ourselves the hero in our narrative. The only way to get to a future where peace is the norm is to voluntarily put down arms on both sides and refuse their teams. It’s the only scenario where we could satisfy our egos and achieve an equality.

While others join teams, find tribes instead. I see tribes as fundamentally different than teams. Perhaps it’s a pedantic, semantic argument but I see teams as inherently adversarial preoccupations on power that require sublimation of the individual. Tribes on the other hand can be celebrations of shared experience that bolster individuality. No single tribe needs to be your core identity and can be voluntarily taken on or dropped as an individual sees fit. Wear as many as you like. They are the very idea of decentralization and are anti-binary by their very nature.

Maybe I’m wrong but I know how I wanted to resonate with Kilgrave. I wanted to press the scales and give a victory to the marginalized but it would only serve to galvanize the other side for the next battle. I have rejected continue if any war. What about those who have not?

Kilgrave’s words echoed in my head hours after having finished the episode. Maybe they’ve echoed in my generation’s soul for the past couple decades.